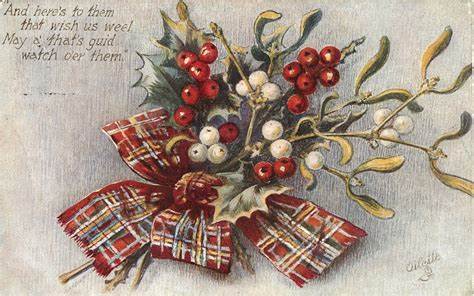 Thanks to all who supported this blog over the last difficult year.


If you need a last minute idea what about a gift certificate?


Sent as pdf. via email.

If the world opens up I hope to be able to book more:


Genealogy tours. Look out for Ancestrytour.co.uk.


One to one research help.

Eva and I enjoyed our walk in North Wales with the bits and pieces of genealogy thrown in so much we decided to have a stroll a bit nearer home here in Blackpill, Swansea.


The first part of the walk was past the site of the now demolished building Llwynderw, it is a gated estate now, but in 1939 it was the household of Mrs Folland, widowed born in 1878, a widow of private means[1]. This house is not noted on the ordnance Survey map first series of 1830, however a familiar name which we walk by is another place ‘Lilliput’[2] seen on the same map[3], demolished in about 1962[4] as part of the development of Mumbles Road. The1851 census taken for Lilliput on Mumbles Road will find Mr. James Strick born Cardiganshire the head of the household aged 38 an insurance agent married to Emily aged 39, she was born Devonshire, they had four children all born Swansea age 8 down to 1, also living there were an 18 year old governess Fanny Suttril born Bridport, Dorset and  Susan Davies 21 year old servant from Llandeilo[5].


(Aside from the person details for the family historian, be aware that the 1841 census more often than not noted the ages of those over 15 were rounded down to the nearest 5, so Benjamin French could have been 75 to 79 years of age this is true for this page as looking at the rest of the census page all ages over 15 are multiples of 5, I’ve also noted the relationships are implied because this census did not record a household head or the relationship to that person, you can see the delineation between households with // on the records.)


The route of the railway is now the walking and cycle path, on the left as we walked back to Blackpill from the direction of Mumbles would have been a Smithy (Blacksmith) long gone now, nearby to the Woodman pub which is still there for a pint or two. Investigating these places, old maps hold a plethora of information[8], ways to emphasize other types of research you might be able to do. For instance if you had an ancestor from Blackpill they would have known of (or been)… “BLACKPILL CORPORAL’S D.C.M. Corporal Sidney Lloyd (154309), Motor-Transport A.S.C., son of Mr. and Mrs. I D. Lloyd, 3, Brookside-terrace. Blackpill, has been mentioned in despatches and recommended for the D.C.M. for gallant conduct in Egypt. Lloyd, who joined up in October 1916, took part in the capture of the Delhia Oases, and for over 12 months acted as Q.M.S. at Karga Oases. Before joining up he worked for his father, the well-known Blackpill blacksmith, and was one of the original members of the Mumbles V.A.D., doing duty as an orderly at the local hospital. Another brother, in the Welsh Guards, is serving in France.[9]  A glance at the 1901 census will give the family viz. David Lloyd married aged 45, Head of the Household, born Bishopston, Glamorganshire a Coach Builder (employing blacksmiths) his wife Sarah aged 46, she was born Swansea, Glamorganshire and their family of five sons including the above mentioned Sydney aged 12, born Oystermouth and attending school.[10]


Nearby in the same census was the Woodman Hotel where the Licensed Victualler was Sarah Maddams a widow aged 63, Head of the household born LLandeilo, Carmarthenshire and her daughters Edith Crooke married aged 39 born Bayswater, London and Lilian Mary Fitness married aged 24 born Fulham, London.[11]


The path we were walking near the Woodman was reported on in 1874 for a highway robbery! The highwaymen described as two ruffians, Anthony Burke and Edward Simons living on waste ground at Blackpill. They supposedly, had accosted a Mr. Henry Edward Clasham an apprentice to a tea broker in London but living at Brunswick Street Swansea, after he had met up with a friend at the Woodman on the way back from Mumbles to Swansea on horseback. The ruffians attempted to pull him off the horse and demanded a shilling which he gave them, he rode back to Blackpill and got the policeman PC Hodges who arrested Simons, Simons claimed it wasn’t him who committed the dirty deed.[12] More names to be researched if you were of a mind to.


Back to the walk for Eva and I, into Clyne Gardens and the connection to the well documented and well heeled Vivian family. The probate record for William Graham Vivian of Clyne Castle, Glamorgan and 7 Belgrade Square Middlesex, died 21 August 1912 shows his estate value was £1,000,000[13], 19th century industrialists did not live without ostentation.


Finally, a stroll home to our house built in the 1950’s on land which was stated in 1845 on the tithe map, as arable land, being the middle field number 206, the occupier and landowner was Berrington Jenkin Davies[14].


A short walk with plenty of genealogy for me, and for Eva a vestige of Clyne Forest, an important 11th Century Norman landmark[15], but all she cares about is playing among the trees.


[2] University of Portsmouth. A Vision of Britain through time. https://www.visionofbritain.org.uk/maps/sheet/first_edition/sheet37 : accessed 18 May 2021.

I’ve been quiet for a little while, with the easing of lockdown and the need to get going again we set off for a break to N. Wales in the motorhome. Eva the Jack Russell needed occupying as she was not allowed off the lead. Somehow, I had the foresight to pack my walking boots and here’s a bit of the adventure.


1st stop was Llanberis, the obvious walk was to the top of England and Wales, yr Wyddfa (Snowdon). There is a railway line to the summit, but it was closed due to the pandemic. Got me thinking, the owner of the land which the line cut through was a Mr Assheton-Smith of the Vaynol estate, he wasn’t happy (about 1870) thinking the railway would spoil the scenery[1] some genealogy on that family Charles Gordon Assheton-Smith can be found in the London Gazette[2] appointed to be deputy Lieutenant signed by the Lord Lieutenant of Caernarvonshire in 1906.


2nd a quick stop at Betws y Coed, the railway had a major influence on the development of this area, again an arbitrary look found a Mr. C.E Clarke, he was a booking Clerk at Bettws y Coed, he was born 21 April 1874, joined the company 6 November 1891, his annual rate was £60 5/-, he transferred to Blaenau Ffestiniog on 1 February 1898[5].


We transferred ourselves to Gellydan near Blainau Ffestiniog a newspaper search is useful for biography in genealogy…” BLAENAU FESTINIOG. MEDICAL SUCCESS.—The son of Dr R. D. Evans, Mr Thomas John Carey Evans, has passed the primary examination for the Fellowship of the College of Surgeons, England. F.R.C.S. at an examination held from April 3rd to May 5th, at The Examination Hall, London. -The subjects were: Advanced anatomy, advanced physiology, and comparative anatomy. He is 18 years of age the average age to go in for the examination is 23…”[6] . The Motorhome site was in Gellydan, a tithe map search shows Robert Pugh [7] in the Tithe maps of Wales so if your are related to him you can see area walked.


Finally, Devil’s Bridge a walk through the farm fields, bothies along the Mynach and into the forestry all covered in snow the next day. Prompted a look at some local history which can be used for genealogy. I was walking around the former estate described in 1848 “EGLWYS-NEWYDD, or LLANVIHANGEL-Y-CREIDDYN-UCHÂV, a chapelry, in the parish of Llanvihangel-y-Creiddyn, union of Aberystwith, hundred of Ilar, county of Cardigan, South Wales, 14 miles (S. E.) from Aberystwith; containing 1131 inhabitants…This place derives the latter of these names from its relative situation in the parish, and the former from the erection of a church, in 1803, by the late Thomas Johnes, Esq., on the site of a previous edifice built here in 1620, by the Herberts of Havod, for the convenience of the family, and the accommodation of the miners employed in the adjoining district of Cwm Ystwith. Havod, the seat of the late Mr. Johnes, was originally the residence of a branch of the Herbert family, who, embarking in the mining adventures of the neighbourhood, built a house here, which, from the nature of the ground and the badness of the roads, being inaccessible except during the summer, obtained the appellation of “Havod,” signifying a summer residence.”[8] So we have the Herbert’s  Mr Thomas Johnes and later in the article Henry Hoghton Esq. all eminently searchable.


There is always plenty to keep the genealogist occupied!


If you think you would like a tour of the places your ancestors lived in Wales, get in touch, once things are opening up we can make that happen.