An Archive visit. Then a Mystery solved. 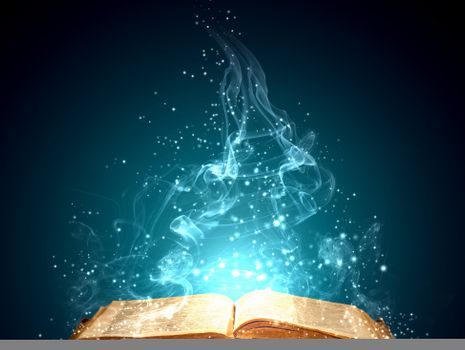 I am grateful that more people are following and liking www.genealogy-and-you.com on Facebook and Twitter etc. I felt that there should be some output to justify this ‘interest’.

I am still going on walks with the little dog, I will them write up.

We’ve been to The Peak District, Ludlow, St. Davids in Pembrokeshire to name but a few.

The commission work has got busier, which has curtailed the incidental writing.

How to combine the writing which I enjoy with the work which people want completing?

Maybe try a weekly summary with a interesting conundrum solving and research?

One answer to both questions is the blog restart.

Two bits of work this week, one for an overseas client and some probate research.

From these two, there were:

One visit to the Archive here in Swansea, I haven’t been for three years what with one thing and another, well one viral thing, more than another.

One flash of inspiration, a light bulb illuminated my fog of sources.

Firstly: The Archives, looking for a seafaring member of the Jenkins family of the 1600’s.  This was very speculative with no firm evidence, but interesting nevertheless because it gave insight into 19th century genealogy.

I gave my self some time to look at two old and linked sources held at County Hall in Swansea.

One was the proof of heirship of Mr D. T. Jenkins a Declaration of 1897 for Strick, Bellingham and Henson Solicitors.

This is the deposition deed of Philip Rogers, as part of proving heirship of Mr D. T. Jenkins.

For Strick Bellingham and Hanson of Swansea.

Philip Rogers formerly a Marble Mason aged upwards of 88 years. Lived in Swansea all his life.

Says he has extensive knowledge of old Swansea families.

He knew and was well acquainted with David Jenkins, Stationer of Market Place, now part of Wind Street, Swansea.

This David Jenkins (now known as the elder) married in 1805 to Mary formerly Holditch, at Swansea parish (St. Mary). A Parish Marriage record was produced for this.

A certificate for the death of David Jenkins (the elder), died and buried 1847, buried at St. John Swansea noted.

David the elder and Mary had 5 children, all believed to be born in wedlock it was always understood and believed.

No baptism records for these offspring were found for this deposition.

David the son, left Swansea aged 25 and settled in Denbigh, setting up as a Bookseller.

He married once, Mary Griffiths, at Llanbeblig, Carnarvon 1837.

the birth record of Albert, was in the sub district of Denbigh, St Asaph, Denbigh and Flint.

Albert was understood to have been married once. To Eliza Seager, at St. Michael Stockwell, London. Albert died 18th  February 1888, recorded at Upper Merthyr.

Albert and Eliza had 6 children of whom David Trevelllian of Mirador, Swansea was the eldest, born at Ringwood, Southampton.

It was always understood and believed that John Trevelllian never had children, and he had recognised his nephew Albert as his heir if he died intestate Albert died before John Trevelllian therefore the deposition was that David Trevelllian Jenkins son of Albert and Eliza was the legal heir.[1]

This under the Statutory Declaration Act 1835.[2]

Plenty of Genealogy there.

The following is the work of David Jenkin the elder, identified in the writing above.

This research is extracted from a handwritten copy of the  precursor to this work and is held at Swansea Archive, having been donated by John Richards Francis Esq. Of Llwynderw, Swansea in 1899.

All families he considered, were descended from ‘Rhodri Mawr’ King of Wales 843-878, married to Angharad daughter of Meyrig ab Dyfwnal ab Arthan ab lisyllt, King of Cardigan and Powis.

This is a prime example of Welsh naming patterns, written David Jenkins in his work on Glamorgan links to Iestyn.[4]

Among the main Jenkins families he listed were Jenkins of Hensol.

“He was the best known member of a family established at Hensol, Pendeulwyn (Pendoylan), Glamorganshire, which claimed an impressive ancestry and had illustrious descendants. His father was named Jenkin and his grandfather Richard, and he was apparently the first member of the family who adopted a surname. He was born in 1582, died on 6 December 1663, and was buried at Cowbridge, where there is a memorial tablet. He married Cecil, daughter of Sir Thomas Aubrey, of Llantrithyd, on 7 September 1614, and had four sons and one daughter, but the male line became extinct in the 18th century. His great-grand-daughter Cecil, heiress of the Hensol estate, married Charles Talbot, Lord Chancellor from 1731 to 1737, who took the title of lord Talbot of Hensol.

Jenkins graduated at Oxford in 1600 and was called to the Bar in 1609. His life falls into two well-marked periods: the period of calm, and the time of storm and stress during the Civil War. Of the earlier period little is known, but his practice must have been extensive for he accumulated a considerable fortune. He had opposed the king’s method of raising money and had incurred the displeasure of the bishops, but when war broke out he supported the king firmly and consistently. In 1643 he was appointed judge of the Court of Great Sessions for the Carmarthen circuit, much against his will, because the expenses of the office exceeded the emoluments; it was from this office that he got the title of ‘ Judge Jenkins.’ He incurred the particular odium of the parliamentarians by condemning several of them to death for treason, though they managed to escape. Consequently, when he was captured at Oxford in 1645 he was charged with the same offence, but argued, logically enough, that consistent support of the king could not be treason against the king. The charges were ultimately dropped on grounds of expediency, but he enlivened his imprisonment by writing a series of controversial pamphlets that were collected into a volume in 1648. He also completed his Reports of 800 common law decisions, much in the style of ‘Leading Cases.’ He was not finally released from surveillance until the Restoration, and then retired to his estate at Hensol.[5]”

“Son of a father of the same name of Llanblethian, Glamorganshire (described as ‘a man of about £40 a year’); born at Llantrisant, apparently in 1625, but the date is sometimes given as 1623. After attending Cowbridge School, he entered Jesus College in 1641. There his studies were soon interrupted by the Civil War, and after having taken up arms for the king he was forced to retire to Glamorgan. It was then that he met his friend and patron, Gilbert Sheldon (later archbishop), who, along with Francis Mansell, principal of Jesus College, had taken refuge in Sir John Aubrey’s house at Llantrithyd. Here Jenkins acted as tutor to Aubrey’s son and others until he was forcibly removed and indicted with keeping a seminary of rebellion and sedition. He then moved with his pupils to Oxford and settled in a house which received the name of the ‘ Little Welsh Hall.’ Being suspected on account of his Royalist connections, he fled to the Continent, taking his pupils with him. While abroad he laid the foundation of his knowledge of the Civil Law which was to qualify him for his public career.

With the Restoration Jenkins returned to Jesus College and was made a Fellow. Upon Mansell’s retirement in 1661 he was elected principal and he held the office until 1673. In 1662 he was made deputy professor of Civil Law; he was also made assessor to the Chancellor’s Court, and he was entrusted with the foreign correspondence of the University. Persuaded by Sheldon, Jenkins decided to take up the practice of the Civil Law. Preferments followed rapidly. In 1663 he was made deputy to the dean of the Court of Arches, and soon afterwards he succeeded to that office. After the outbreak of war with the Dutch in 1665 he was appointed to preside over the High Court of Admiralty. Later he was also made judge of the Prerogative Court of Canterbury.

Jenkins’s work as judge of the Admiralty is of great importance in the history of Prize Law, and, along with lord Stowell and Sir Samuel T. Evans, he is entitled to rank as one of the three principal builders of that important branch of International Law. In particular, his decisions foreshadow the development of the ‘doctrine of continuous voyage.’

The Government made constant use of Jenkins’s services. He was a delegate to the Congress of Cologne in 1673, and he was the principal mediator at the Congress of Nymegen, 1675-9. From 1680 to 1684 he was secretary of State. In 1671 he was M.P. for Hythe, and in subsequent Parliaments he represented the University of Oxford. He secured the passage of the Statute of Distribution, 1670, by which succession to the personal estates of persons dying intestate was regulated until 1926. It was at his suggestion that the wills of soldiers and sailors were exempted from the formalities prescribed by the Statute of Frauds, 1677. His proposal for the establishment of a permanent commission to determine appeals to the Privy Council was not realized until the Judicial Committee was set up in 1833, and his attempt to forbid clandestine marriages had to wait until the passing of lord Hardwicke’s Act in 1753.

As a servant of the Crown, Jenkins was conscientious and incorruptible. Although exceedingly deferential in manner, he was firm in matters of principle, and so rather than submit to dictation as a judge he offered to resign. Gilbert Burnet says that he was dull and slow; but that it was unsafe to take advantage of his modesty was shown at the French court when a curious courtier, not knowing what country he came from, asked him for a specimen of his native language. The reply he received was the Welsh proverb ‘ Nid wrth ei big y mae adnabod cyffylog ‘ (You can’t tell a woodcock by its beak).

Jenkins died 1 September 1685, and was buried in the chapel of Jesus College, of which he has justly been described as the second founder. It was he who placed the college on its feet after the Restoration, and the present library was built by him at his own expense. By his will he left to the college his real and personal estate, and under the scheme which was drawn up for the administration of this very substantial endowment the Welsh character of the college was still further accentuated. He also made provision for Cowbridge grammar school.[6]”

The above are the historical documents from the archives.

Next is some detective work relating to a search for heir to someone who had died intestate.

This is the flow of questions to be asked.

In England and Wales.

Is there a living husband, wife or civil partner?

Are there any living children, grandchildren or other direct descendants (eg great-grandchildren)?

Are there any living parents?

Did the deceased have any brothers or sisters?

Did the deceased have any half-brothers or half-sisters?

Are there any living grandparents?

Did the Deceased have any Aunts or Uncles?

Did the Deceased have any half Aunts or Uncles?

Answering No to all these question sees the Estate going to the Crown![7]

Answering Yes to any will result in the  hierarchy of inheritance which I might write about at another time.

But in my particular remit this time I was looking for uncles and aunts of this person. All going well until I searched in marriage indexes, and found two women with the same surname (the one I was interested in, in the relevant place) on the same page as two men with the same surname. I could of course have ordered the certificate[s] to separate them.

But I had a light bulb moment.

Newspaper archives (online), and there they were, two sisters married two brothers on the same day in the same church. Of course it would have been locally newsworthy, there was even a photograph. Mystery solved.

[7] “Intestacy – Who Inherits If Someone Dies without a Will?” GOV.UK. Accessed June 26, 2022. https://www.gov.uk/inherits-someone-dies-without-will.